Every Thursday, Julie Fendler proposes an introduction to boxing, a sport that is demanding yet accessible to all, and which helps the young Engineer Statistician student manage her energy. 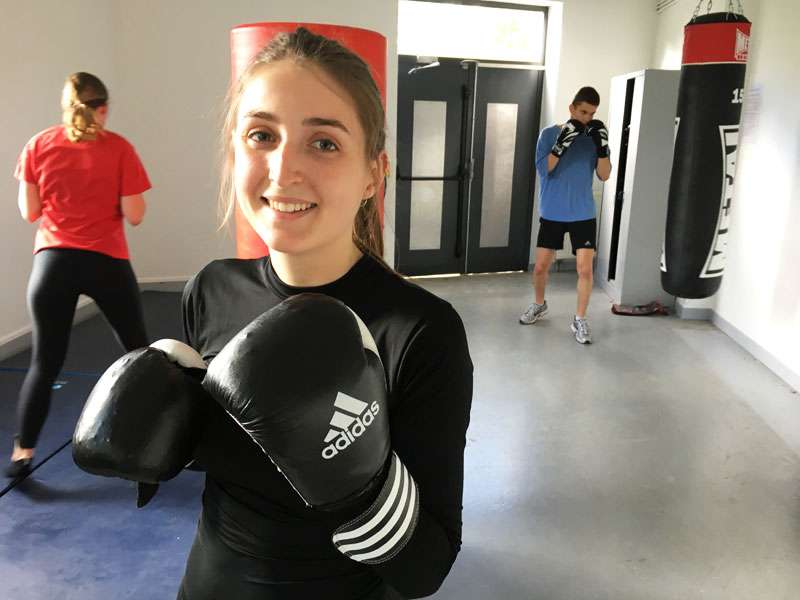 Julie discovered boxing in Niort in 2013. She was in 10th grade at Jean Macé High School when she and a friend went to a boxing gym for the first time. “I loved it immediately. The aesthetics of the movements, the tension, the demanding training… It’s a world that speaks to me.” At first her mom was reticent, but in the end she allowed her daughter to continue. “She understood that I liked it and that is was a good way to channel all of my energy that had nothing to do with fighting or violence.”

“A boxing match has something very choreographic about it”

Extremely motivated and diligent, Julie has been learning and spending more and more time in the ring, up to 8 hours per week. Winning requires sore muscles and precises punches, which she finds has a dance like quality.”It’s true that there are similarities in the flow of movement. A boxing match has something every choreographic about it, even for heavyweight fighters.”

Julie had plans to participate in two official matches with her boxing club in Niort but wasn’t able to due to a lack of other competitors in her weight class. Another obstacle: time, “with so much training, [boxing] wasn’t really compatible with my studies” she says. In 2016 while the boxer Tony Yoka joined his partner Estelle Mossely as a French Olympic Games boxing champion in Rio, Julie began French preparatory classes in math at lycée Descartes in Tours, preferring to hang up her boxing gloves for a while. It’s the end of her first round.

She won’t put her gloves back on until two years later at the Club Pugilistique Rennes Villejean, which she joins when she moves to Brittany to begin her studies at ENSAI. Fun coincidence: the project to create a fitness room was in works at ENSAI and Julie didn’t have any trouble convincing Eric Haize and Julien Lepage to create a “boxing space” in the new room where she offered to lead a boxing club.

Today, around 10 students meet up every Thursday evening for the ENSAI boxing club (Club Boxe de l’ENSAI). A cardio and muscle-building activity, boxing is a discipline offering a full workout that entices both men and women. Students come to keep in shape or to just simply unwind after class. “It’s serious but without any danger, accessible to all and especially without any hassle” emphasizes Julie who enjoys sharing her know-how in this “noble art”. Some participants even try French (savante) and Thai boxing… which aren’t the young engineering student’s specialty but no matter, “we really have a good time.” 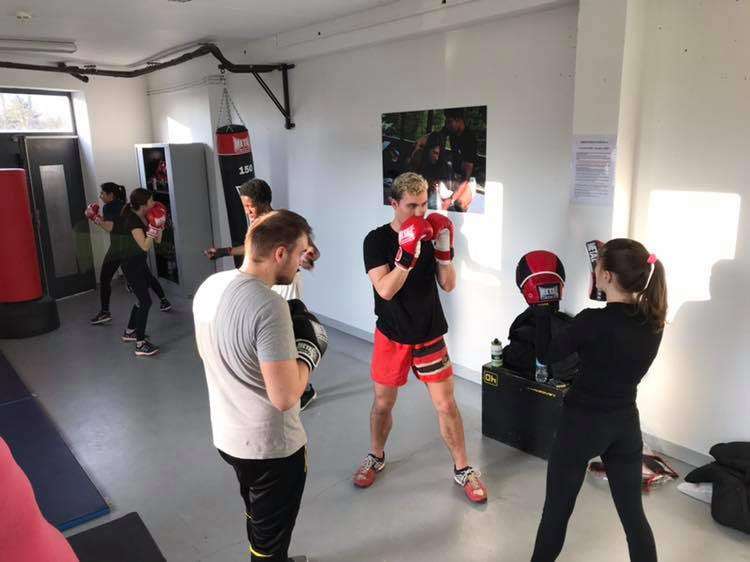