The reference book Deep Learning has been translated by using Artificial Intelligence. Salima El Kolei and Fabien Navarro, research professors in Statistics at ENSAI, participated in this adventure.

Deep Learning is in many ways the bible for students, engineers, and researchers in the field of Artificial Intellingence (AI). Co-written by Ian Goodfellow, Yoshua Bengio, and Aaron Courville in 2016, the 800-page work has become a scientific best seller. Convinced that a French translation of the work would be beneficial to the francophone community, Quantmetry, a pioneer in data analysis and AI applications, was confronted with the profitability of such a task: the sale of at least 100,000 copies of Deep Learning would be necessary to absorb the translation costs. Dead end. Then an idea emerged from the Quantmetry teams: translate the book using an algorithm.

A German Start-up and French Researchers

Very deep indeed: a work about AI, translated by AI. The task first required the expertise of DeepL, a German start-up which develops AI systems and is specialized in deep learning. DeepL was created by the team that developed the online translating website Linguee, which is known for its accuracy. The system benefits from an immense corpus of texts that have been perfectly translated by humans, such as international laws and novels, and which uses convolutional neural networks trained on the Linguee data base. This approach to automatic translation makes it possible to understand the context of the words and phrases and thus to “produce meaning”: an ideal solution for translating an 800-page work. But Deep Learning was written using LaTeX, a language used for producing scientific content that the DeepL algorithm did not know how to translate. So, Quantmetry created a tool specially dedicated to that task with the help of four French researchers: Benjamin Guedj from INRIA, Christophe Chesneau from the University of Caen, and Fabien Navarro and Salima El Kolei from ENSAI.

“While neural networks use well-known mathematical tools, we had no reference for such an application. It was really quite an adventure. We set out by working on the glossary to set terminology and the results were very satisfactory. We then extended and automatized the work to the entire book,” explain Fabien and Salima. The result? The algorithm made no meaning errors and the mathematical formulas were perfectly translated in their context. “Only a few minor corrections were made to the final text,” explains Nicolas Bousquet. The scientific director of Quantmetry is already seeing the possibilities for future applications, most notably for very technical works for which human translation is not currently an option due to the cost.

The two ENSAI professors are proud to have participated in this big first. “Beyond this example, deep learning has many applications in numerous fields like medical imagery analysis,” explains Salima El Kolei. As head of the Statistical Engineering specialization, she has given her students end-of-studies projects on automatic detection of follicles using cross-section images of mice ovaries obtained through microscopy. The objective: to reduce the negative impact of chemotherapy on female fertility by using deep learning. These projects are again the result of close collaboration with Nicolas Bousquet’s teams at Quantmetry and in partnership with INSERM. Projects like these are just one example of how the education provided at ENSAI is constantly evolving and is enriched by interaction between academic research and real-world applications. 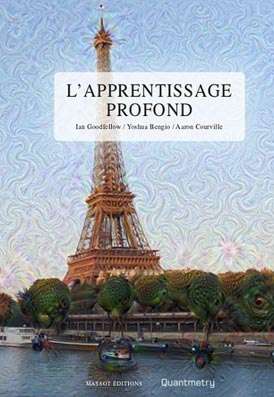